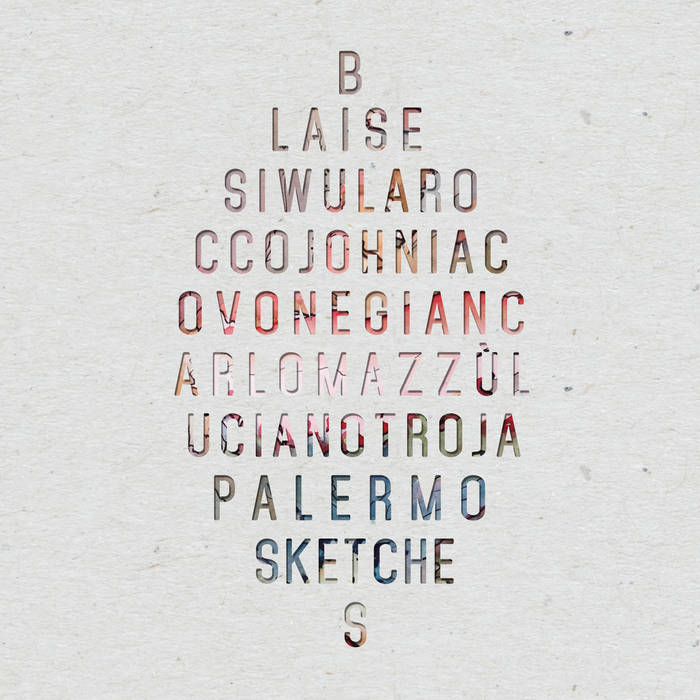 What you hear on this album was captured live-in-studio on a Spring afternoon in Palermo, after a week of concerts that the quartet played around Sicily. It was spontaneously composed in a free flow of ideas, with no edits and no overdubs, resulting in music that comes from Palermo's atmospheres, mysteries and secret corners.
There is in fact a lot to be inspired by in the capital city of Sicily, an island which has been for millennia at the crossroads of civilizations. There are the prehistoric graffiti in the Addaura cave, on the coastal side of Mount Pellegrino, the hill overlooking Palermo, attesting the presence of humans beginning in the Paleolithic. Not far from the Addaura cave, the tropical-color panorama of Mondello opens up to a sandy bay, whose seafront promenade doesn't go unnoticed not least due to The Old Bathhouse known to the locals as 'Charleston', a building unique of its kind and one of the most beautiful flowers of European Art Nouveau style. Once you get into the city center you may want to take a bus, might be the 101 line, and have a general impression of the city's everyday life. After that you may also want to have a walk in the alleys of the older districts, bearing such suggestive street names as 'Sedie Volanti' ('Flying Chairs') or 'Gioiamia' ('My love'), and there learn from the locals why, when the figures don't add up and it's impossible to have accurate information, they say: “it's the number of the Devils of the Zisa!”.
The time the quartet spent in Sicily, which resulted in the music on this album, was of particular significance especially to Rocco John Iacovone, as he has stated once back in the USA: “Sicily was an experience beyond my wildest dreams. It is the place of my ancestral home, my roots; filled with amazing art, culture, music, and great food. It is serene with a natural beauty both peaceful and rugged at the same time. It is a land filled with good, generous people and friends all full of life. I hope to come “home” to Sicily again and again. It is a miraculous place."

_
This album is dedicated to Manlio Nicosia

Musicians collective, think-tank and music incubator with its own production facilities, based in Palermo, Sicily.
We also run a boutique label of our own productions, with a growing catalogue moving forward from Classical Music to 21st century composition, Electronic Music, Ambient, Experimental, Improvisation and Art-Math-Jazz-Whatever-Rock'n'Roll. ... more

Bandcamp Daily  your guide to the world of Bandcamp

Guests include Kassa Overall and Muriel Grossman, plus an LP of the week by Van Hunt.